5 Kickass Facts About Sydney That Will Blow Your Mind

Do you think you know a lot about Sydney? Here are some cool facts about it!

Many people often mistake Sydney as the capital of Australia because the place is probably the first thing that pops up in their mind when they think of the country. Also known as 'the Harbour City,' this Aussie destination is famous for its iconic landmarks such as the Sydney Harbour, Sydney Opera House, and the spectacular Blue Mountain. It is also the birthplace of internationally-acclaimed celebrities including Hugh Jackman, Rebel Wilson, Rose Byrne, and Iggy Azalea. Well, these facts aren't the only thing that makes the city so cool. VroomVroomVroom did some research and has come up with 5 kickass facts about Sydney that will blow your mind. Check them out below:

Olympic Medals Made Out of Cents

Do you know what makes the bronze medals during the Sydney 2000 special? They are made up of Australian 1 cent and 2 cent coins which had been removed from circulation since 1992. That means that the bronze medal winners of the Summer Olympics also took home a part of Australia's history with them. (Source: Wikipedia)

Before Paul Hogan played the character Mick Dundee in the classic 80s film Crocodile Dundee, he was once employed to paint the Sydney Harbour Bridge. The Aussie actor was one of the thousands of workers who have applied paint on the ungalvanised steel to protect the bridge from corrosion. (Source: Australian Geographic)

Las Vegas isn't the only place that has earned the nickname 'Sin City.' On the second part of the 20th century, Sydney was called a 'Sin City' because of the rampant organised crime and corruption in the area. The evildoings have even reached the judicial and legal system. (Source: Weekend Notes) 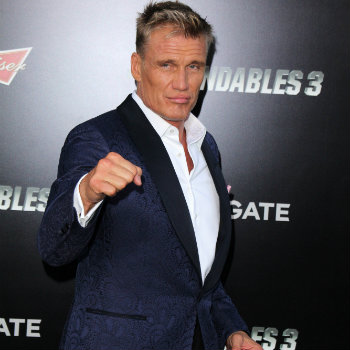 Dolph Lundgren is a Genius

He usually plays characters that are all muscles including Gunnar Jensen in The Expendables and Russian fighter Ivan Drago in Rocky IV, but do you know that he is really smart? The Swedish actor got a master's degree in chemical engineering from the University of Sydney in 1982. (Source: Wikipedia)

If Paris and New York are famous for their annual fashion shows, then Sydney also has its own annual fashion show – for ducks! As part of the Sydney Royal Easter Show, ducks and geese parade in their haute couture. Known as the Pied Piper Duck Show, this event has been a success for more than three decades. (Source: Lost At E Minor)