Renting a Car From Australia's Most Popular Cruise Terminals

Car hire is the best way to experience Australia, and even if you are arriving via a cruise ship you can still pick up a car and start exploring. With extraordinary wildlife, rainforests, mountains and deserts, you do not want to be limited to just a small part of Australia's metropolitan centres. With a hire car, you can explore beyond the city limits, and check out some great destinations that may be hard to reach with public transport.

By combining cruising and driving, you will get the best of both worlds on your Australian holiday. There are car rental depots close to many of Australia's major cruise ports, making it easy for you to disembark the ship and get on the road. Here is a guide to renting a car at some of Australia's most popular cruising destinations. 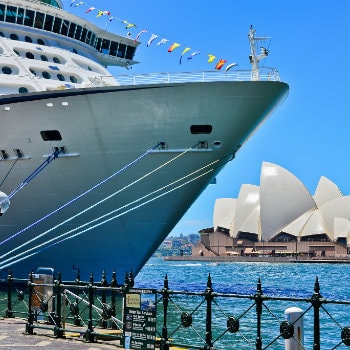 There are a number of ports in Sydney. The two most common ports for cruise ships are the Sydney Overseas Passenger Terminal in Circular Quay and the White Bay Cruise Terminal. Both of these terminals offer easy access to the city, as well as a number of car rental depots.

With a rental car in Sydney, you will have the freedom to travel around the city at your own pace. Sydney is a big city, and covers a lot of ground. With a vehicle you can explore beyond Bondi to some of Sydney's other popular beaches. You can choose to head north and visit the scenic North Head in Manly, or go south to popular beaches like La Perouse or Tamarama. If Sydney is your final destination, you might also like to head inland to the Blue Mountains.

Cruise ships arriving into and departing from Brisbane use a number of different ports, depending on the size of the ship. While smaller cruise ships depart from Portside, located closer in to the city along the Brisbane River, larger ships stop at the Port of Brisbane in Moreton Bay.

Brisbane is perfect for exploring in a rental car. You'll easily be able to navigate the streets of Brisbane and explore the attractions of the city on your own time. See the sights of the inner city, and take a walk along the Kangaroo Point Cliffs. Alternatively, take your rental car to Mount Coot-ha for the best view of the city skyline. 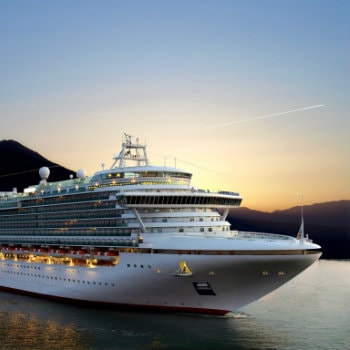 Plenty of cruise ships make a stop in Far North Queensland. With so many attractions, a rental car is a great way to explore Cairns and Port Douglas, as well as some of the surrounding attractions. Most smaller cruise ships will stop at the Cairns Cruise Liner Terminal, while larger ships may pull in off the coast at Yorkey's Knob.

If you are arriving into Port Douglas, cruise ships pull in offshore and passengers will be ferried in to the local marina. While you can explore a lot of the sights of Port Douglas on foot, if you want to visit any attractions further along the coast, a rental car is a great way to travel.

When is the best time to take a cruise in Australia?

Most of the cruise lines in Australia visit New Zealand between October and April, which is the summer cruise season. The winter cruise season, on the other hand, is between months of April and July. The most popular ports for departure in the “Land Down Under” can be found in Melbourne, Sydney and Brisbane.

If you need assistance in booking a car hire, feel free to contact our knowledgeable and friendly customer care team.