A passionate supporter of Bravehearts, Claude Harvey is embarking on a momentous journey from the Gold Coast to Sydney on August 10, 2008. Completing the approximate 850km with the aid of a ride-on lawnmower, the trip is expected to take four weeks.

Over the past eight years Mr Harvey has become somewhat of a local celebrity, walking with his lawnmower from Hope Island to Tweeds Heads and back to raise money. But this year he decided he wanted to do something bigger and better. The first of what is hoped to be an annual 'Mower-thon', the event has been organised to coincide with the conclusion of the White Balloon Day.

For more information on this wonderful charity and how you can help see www.bravehearts.org.au 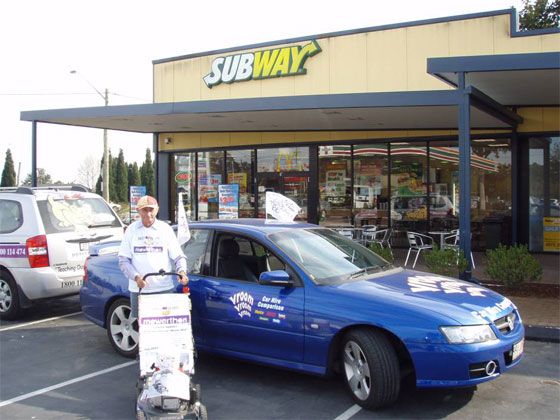 Clive making his way from the Gold Coast to Sydney raising money for Bravehearts!!
Rental Guides