If you are looking for an efficient and reliable car rental in Highett, all you have to do is book with VroomVroomVroom. Highett is a suburb of Melbourne in Victoria, with a population of around 11.000 people.

The name of the town comes from William Highett, a local land owner and parliamentarian from the 1850s. The railway station also bears the same name and was built in 1881. The first post office opened in 1924 and the residential growth of Highett began in the 1950s.

Quick Facts on Hiring a Car in Highett

Why book a car rental in Highett with VroomVroomVroom?

Like much of Australia, summer in Highett can be hot and humid making the shoulder seasons between March and May and September and November the best time to visit. This generally means milder temperatures for more pleasant travel and less tourists on the road.

Highett is about 16 kilometers southeast of Melbourne's central business district in your car hire and about 2 kilometers east of Port Phillip Bay. Its Local Government Area is the City of Bayside.

Guide to driving in Highett

Highett might be a small suburb, but it has many attractions that will truly make you want to stay longer or to even visit again. And if you're planning to take your little tots with you, here are some of the places where they enjoy and you can relax. You can get a spacious and cheap car hire and visit Highett at your own pace.

Bayside Sculpture and Gallery is the most artsy place in Highett. The gallery was opened in order to give support to sculptors, especially women and to encourage all forms of art. One of its missions is also to create high standard works of sculpture and to give a chance to artists living in Highett and nearby to exhibit their works. 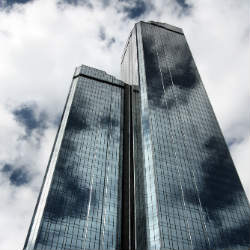 After it was completed, the Rialto Towerswas the 23rd tallest building in the world and the 2nd tallest outside of the United States!
Hyperactive kids will surely enjoy the Lyle Anderson Reserve, located at Highett Grove. It is a nice recreation area for children. Its playground is set in some lovely gardens with smallish grassy area. The playground facilities have wave slide, curved climber, fireman's pole, shop front, steering wheel, chain traverse, chain bridge and monkey rungs, and fish and whale springers and swings. The park also has areas for barbecue and picnics.
Peterson Reserve is another place where your children can enjoy. And while they're playing their hearts out in the playground, you and your darling could enjoy the fresh air and green scenery around you.
Peterson Reserveis located on Peterson Street. They have playground facilities like high wooden structure with decent spiral and wave slides, flying fox, chain bridge, fireman's pole, ramps, walkway, and swings.

The Highett Museum is the town history museum depicting early documents and photographs and all kind of memorabilia related to the beginning of this beautiful place. You can find here exact information on how the town was founded, why does it bear this name, what kind of expansion plans existed at first, when did the first school appeared and also how commerce developed in this small suburban locality in Victoria. The Highett museum has behind its door all of the town's secrets.

The Highett Library has an enormous collection of books. All kind of books, for every taste, literature - classic or modern, Australian or international, history books, psychology books, communication, marketing and public relations book, medicine books, children books and all sort of guides to the big cities of the world, can be found here. For bibliophiles, this is the hot spot in Highett. The library managers also organize book clubs and groups on the Internet for books aficionados in their city. The library is located near the railway station and is opened Monday, Tuesday and from Thursday to Saturday.