Finding a Reliable Car Hire in Boondall is Fast and Easy

If you are looking for an affordable car rental in Boondall, all you need to do is enter your travel plans into the search menu and a comparison list of available cheap car hires will be generated on your specified dates and times. Our car hire vehicles are supplied by the most trusted leading rental companies like Avis, Thrifty, Budget, Hertz and Europcar.

Boondall is a suburb in north Brisbane, surrounded by Taigum, Deagon, Shorncliffe, Nudgee Beach, and Zillmere. Book a car hire here which is the perfect combination of entertainment and leisure, providing activities that are suited for all ages.​ This area is very involved with sports, as it is home to the Boondall Ice World, a semi-professional ice-hockey team.

Quick Facts on Hiring a Car in Boondall

Why Rent a Car in Boondall With Vroomvroomvroom?​

Boondall is only a 30-minute drive from Brisbane via Sandgate Rd/State Route 26, Airport Link/AirportlinkM7 and M3​, and almost halfway between Brisbane and Redcliffe. Please note that roads that carry traffic through suburbs and across towns in Queensland have a speed limit of 60km/h or higher.

Dash Away With Your First-Rate Hire Car in Boondalll

Boondall was previously known as Cabbage Tree Creek which is also the name of the creek that flows through the suburb's area. It is also a residential zone — a home to a mix of young and established families and retirees.Even though a residential zone, Boondallhas wetlands located in its eastern area — Boondall Wetlands. The Boondall Wetlands are internationally significant wetlands that have more than 1000 hectares of protected area. The Wetlands provide a habitat to a variety of animals which includes more than 190 species of birds. 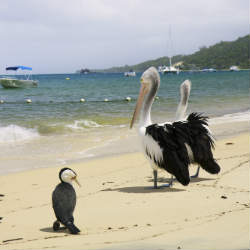 The Boondall Wetland Reserves lie on the edge of Moreton Bay. The wetlands are included in the chain of coastal wetlands associated with Moreton Bay and are listed under the Ramsar convention as internationally important wetlands because of the many international migratory birds that visit the area to feed between September and March. The wetlands also have ties with the Yatsu-Higata Tideland of Japan as part of the East-Asian Australasian Shorebird Reserve Network.

Mammals such as flying foxes, bats, possums, and squirrel gliders can also be seen in the vicinity of the wetlands. A variety of reptiles and butterflies are also present. Boondall has an incredible diversity of birdlife due to the many vegetation types which include mistletoe birds, tawny frogmouths, eastern curlews, kingfishers, rainbow bee-eaters, grass owls, and wrens. During low tide, you'll see shorebirds feeding on the mudflats. And Cormorants, darters, egrets, herons, and ibis can be seen year-round.

The Boondall Wetlands should not be missed by anyone who visits this area in a cheap car hire, because they are simply spectacular. Located in the eastern part of Boondall, this fabulous place spans on more than 1000 hectares. This means that you will get to see one of the largest variety of animal and bird species, including fish, reptiles, mammals, and amphibians. They live in the freshwater lakes, forests, swamplands, and grasslands safely, as the reservation is a protected area. You and your family will also get the chance to learn about the importance of wetlands, and of preserving them properly. 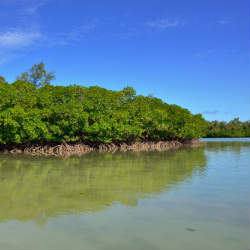 You'll have access to this boardwalk via Budgee Road, Nudgee Beach. The track passes through the mangroves that border the shore of Moreton Bay and the Banks of Nudgee Creek. Walking in this track will let you see more of the Boondall Wetland Reserves. And guess what, you'll see that high tides and low tides in the mangroves unveil two very distinct yet very remarkable "worlds”.

The Brisbane Entertainment Centre is a huge arena, where everyone with cheap car hires can find something to do. Most of the events in Boondall are being held here because it offers a 13,500 seating capacity. Besides the fact that most concerts and musical theatre shows can be held here, the centre also offers a sporting complex and other rooms that can be used for various purposes. Among the most notable events that took place here, we can recall Michael Jackson's concert, on his Bad World Tour, performances by Pink, Guns N' Roses, Metallica, Miley Cyrus, Coldplay, Lady Gaga, The Black Eyed Peas, Kylie Minogue, Chris Brown and so many more. Get your cheap car hire moving and learn the most famous musicals staged here which were 'Grease', 'Beauty and the Beast' and 'The Man from Snowy River'.